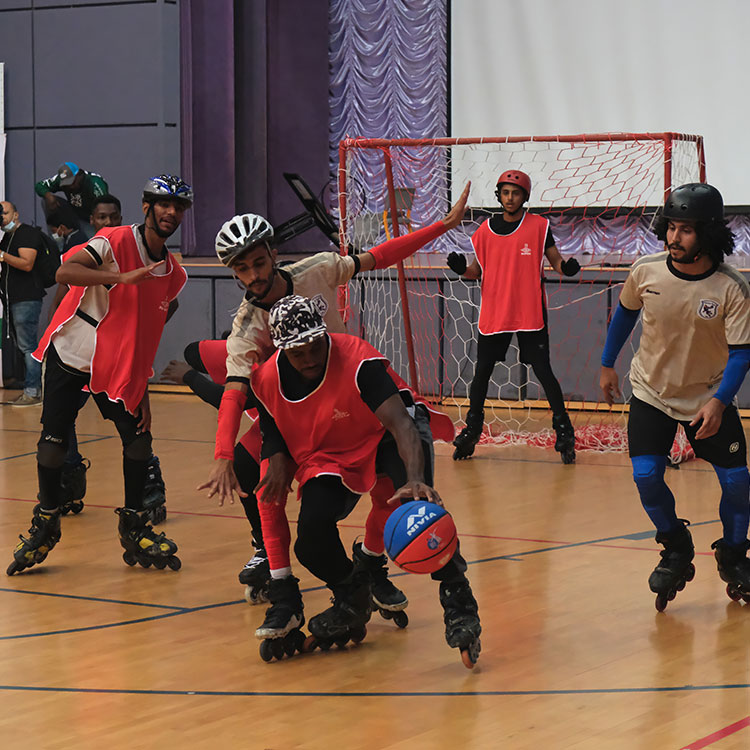 Saudi Arabian Extreme Sports Federation has conducted the first of its competitions for RollBall skating, the competitions took place in Jeddah – at Dar Althekr – where female and male teams participated and competed to win the trophies of this competition.